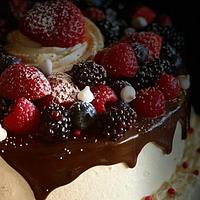 Hi everyone hope your all well.
I have a few questions:

1. Is it ok to ice a cake with stabilized Whipped cream when selling cakes to customers etc as I find it alot lighter and less sweet
2. Is it ok to fill a cake with whipped cream and frost the outside with butter cream as I find that filling it with butter cream is just to sweet and have gotten positive feedback about my cakes not being overly sweet.
3. Also how do you avoid getting a soggy cake when filling it with fruits and cream etc. 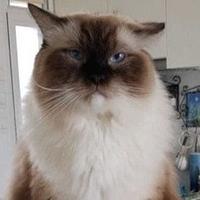 alek0 replied about 1 year ago

You can use buttercream on outside or use chocolate ganache on outside to avoid the cake being too sweet. You can also experiment wit different version of buttercream, for example I find the version with egg yolks (similar to one here, https://www.notyourmotherscookbook.com/french-mousseline-buttercream/,I use a recipe from the book The Ultimate Cake) less sweet though it is rather yellow so it is not suitable for all colours. Chestnut buttercream also tastes OK, and for decorating I prefer Korean buttercream which is also less sweet compared to the common american buttercream. There is also so called german buttercream (essentially pastry cream+butter), etc.

To prevent cake from getting soggy, you can use melted chocolate or chocolate ganache as a barrier between whatever layer you don’t want to get soggy and the cream.

Finally, the biggest problem in using stabilised whipped cream or other soft fillings in cakes in that overall the cake is too soft and can;t keep shape or support its weight well. Works fine for smaller cakes, for anything bigger or more complex shapes you need to get really creative with the structure and mixing firmer and softer parts.

kakeladi replied about 1 year ago

Anything with whipped cream must be refrigerated at all times except for serving. You might get away with A total of no more than 1 hour not refrigerated including while working on it; travel time once it’s picked up or during delivery

The Garden Baker replied about 1 year ago

Sandra Smiley replied about 1 year ago

I agree with kakeladi, it is not practical to use stabilized cream for commercial purposes. Swiss Meringue Buttercream is another less sweet option, but I do like Ermine frosting, too. I see pictures of fruit inside cakes all the time, but I have never done it and don’t plan to do so. Unless it is served quickly and all of it is eaten, I am afraid the fruit would become yucky (technical term). When I want a fruit filling, I use a puree or jam.