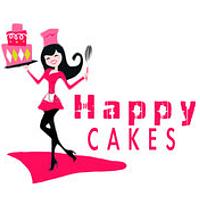 Twice in the last month or so I’ve experienced something new when I have friends/coworkers at my house. Somehow the subject of cake comes up because maybe I’m working on a cake or am waiting for an order to be picked up, and they say to me in an...

Twice in the last month or so I’ve experienced something new when I have friends/coworkers at my house. Somehow the subject of cake comes up because maybe I’m working on a cake or am waiting for an order to be picked up, and they say to me in an incredulous tone, “You know, I’ve never had one of your cakes/cupcakes”. So I say (out loud), “Well you’ve never ordered one”. That shuts them up immediately. I don’t know another way to interpret their comment other than, “Why haven’t you made me any free cake????” I think it’s quite rude actually. Now let me be clear. These aren’t people I talk to on the phone everyday or go to dinner with. My husband and I are both self employed and work together quite a lot so we have most of the same “friends/coworkers”, but these aren’t the people I would think of when deciding to whip up a batch of something just for fun. One of the “friends” that said this to me actually had me quote his son’s birthday cake last year, but didn’t end up ordering it because he thought it would be cheaper. The other “friend” that said the same, I had actually given a cake to the family last year when a customer didn’t pick up their cake. So instead of trying to sell it cheap, I thought their daughter would love it because it was a pink princess cake so I dropped it off at their house. I just really don’t get their statement. Just because you know me and I happen to make cakes you somehow think I should’ve made you one for free by now? Lol! I had no problem at all telling them they should order one. I just think it’s a weird thing to say. Anyone else experience this?

Paul Delaney of Delaneys cakes May 2013

Don’t we all make cakes because we have nothing better to do with our time and money and can’t find enough people to give them too! Lol

I’ve had it happen to me too. The exact same thing,“Oh I’ve never gotten to try your cakes”. I said the same thing as you. That usually shuts them up and they don’t say it again. I think it is probably the norm, people are always trying to get something for nothing. Or get a swinging deal because they “know” me. LOL I’ve also had “friends” want to order and then change their mind, because they think I’m too expensive. But hey, you get what you pay for.

I wonder if they walk into the grocery store and say, “You know, I shop here all the time, but I’ve never gotten to try one of your cakes!” Let’s see how well that goes over, lol :) 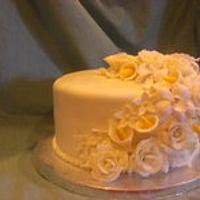 we have friends that love our cakes, request a quote, and then state that is too much. Yet, they will attend an event where the clients have ordered a cake from us..they rave about the taste and design..and love the fact they did not have to pay for it. I have had friends want us to donate cakes to their children’s schools, but they will not buy a cake from us..I tell them no. 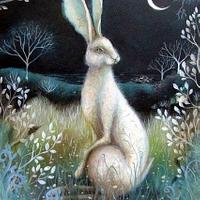 Last year I spent hours and hours making a cake for a cancer race day event. I really wanted to do something for the event, but instead of raffling it at £1.00 a go and giving it to the lucky number picked out (which should have made an awful lot of money) they auctioned it off at the end of the day and it only made £45.00. What a missed opportunity! I was asked to make a cake again this year, but said no. I’d rather put a reasonable amount of money in the charity tin myself. The lady who asked me again didn’t seem very impressed I said no. But when I’m donating time and materials for free I would expect them to at least try and get a good price. If it was for an order it would have cost at least twice that to cover the decorating time alone. It’s taught me that although I don’t want to be mean, I’m not going to be taken for a ride either.