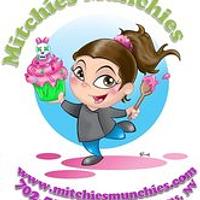 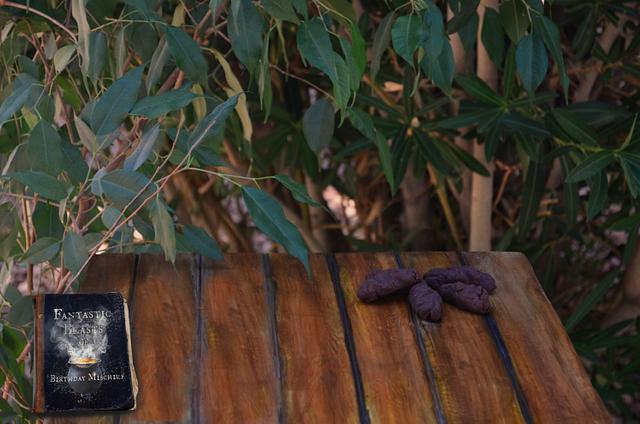 I am MICHAELEAS CUURAGUSTA, Headmistress of Birthday Mischief Managed Academy – (aka Michelle "ChefMitchie"Curran) Our group has been assigned a number of beasts to study and mine has gone off somewhere, it has the ability to cloak itself if it feels threatened. So here’s to hoping he’s still on the Academy Grounds at the very least!

Thank you for supporting and sharing our collaboration. Happy Caking!

*Demiguise Name: (did it tell you its name or did you name it for command reasons): *
I’m just unsure. I have tried whistling, clicking my tongue, and calling it “Demi” to gain its trust and attention. None of these have worked. Notable Behaviors: I didn’t see any! My beast does not trust me. It has cloaked itself since it was assigned to me. I swore I saw its eyes once; quickly they shined like huge black floating orbs!

*Feeding notes: *
It’s herbivorous so I’ve been feeding it a custom branch I conjured in Herbology. Habenaria Radiata, grows in the wild soils of the Far East, I’ve been able to mimic a similar with orchid-like leaves and a few non-spherical fruits to serve as fluids. The herbivicous charm regenerates the few bulbs I left in my beast’s habitat. The bulbs rapidly grow into the branches and bloom. Once the branch loses its fruits it will continue to regenerate. Between my other studies and tasks I’ve noticed most of the branch is cleaned of its leaves and fruits. My beast has left droppings for me to discard, so I know it’s eating.

*Injuries sustained by Caretaker and aide taken: *
’m fine so far. Just more distressed is all. Thinking I’ve lost a priceless beast has taken me to the edge nearly, I’ve lost sleep, and skipped meals looking for the mysterious creature. I even sent an owl to the Far-East Wizard’s Academy thinking it may have relocated itself closer to its home of origin somehow.

Injuries sustained by Study/Beast and aide taken:
I’ve heard it make a high pitched shrill! I fear I may have stood upon its tail once or twice. If the ruddy thing would make itself known and let me see where it is already!

Has study been released if you took it captive? If yes, where?
I never took it captive to begin with. And I’ve no clue where it’s hidden itself. I continue to leave branches for it.

Any other notes you took during your study:
In the early stages of creating its food I treated the dung-soil with Mimbulus Mimbletonia, in hopes to cure my beast’s shyness. This was a terrible mistake! As the echoing sounds could not be mistaken for anything else but trumping followed by a petrol stench. In the last few days I grew worried it may have become ill…it’s leaving behind pelts of fur! Although, I have heard the Demiguise’ fur is quite valuable as it’s used to make invisibility cloaks. If it’s just merely shedding than I am rather excited, but I do wish I could see how ridiculous it may look without its fur. At this rate maybe I will get to see it after all! 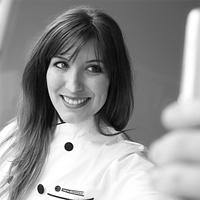 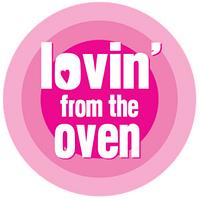 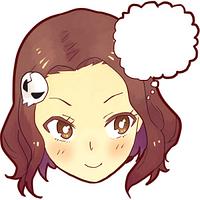 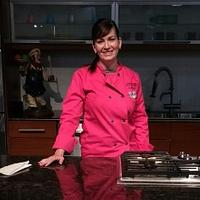 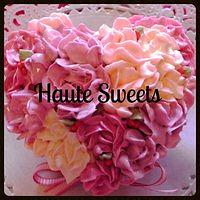 This made me giggle! :D 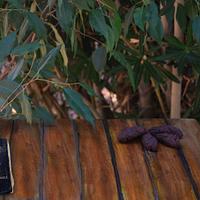 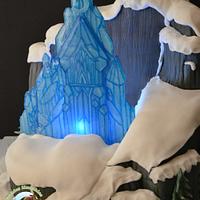 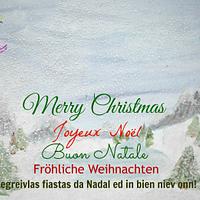 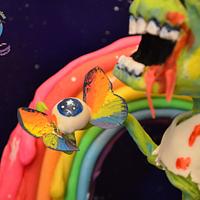 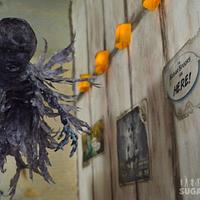