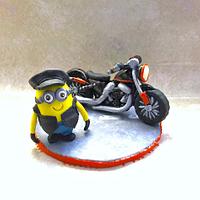 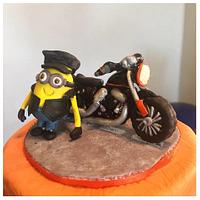 This was for my daughter’s boyfriend and was mailed frozen from Massachusetts to Texas. Took the picture the night before I mailed. Didn’t realize how lousy the picture was until after I had it already packed & ready to go. Have not yet heard about the condition everything was in but keeping my fingers crossed. He has a Harley 48 so I tried to make it as close to his as possible. He also thinks minions are adorable so I figured I would include one in the topper. It’s a chocolate cake, filled with peanut butter chocolate ganache with a layer of caramel and frosted with peanut butter frosting. Update: According to my daughter, everything arrived in great condition. The minions’ s hat had to be reattached but I had sent her some gumpaste so she just made some glue. She also broke a finger off the minion. The last pic is of the topper when they received it. The poor little minion had a rough ride but still looks okay. Quite impressed with the US postal service. 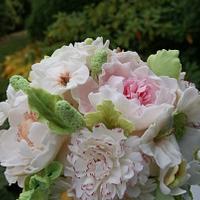 Katarzynka commented over 6 years ago 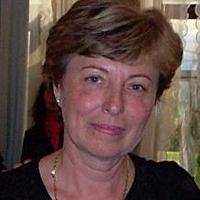 Zuzana Bezakova commented over 6 years ago 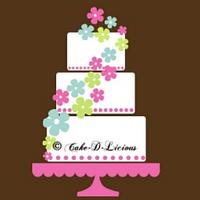 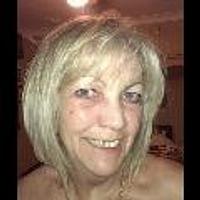 so adorable Goreti…great job on the motorcycle…and lovin your motorcycle minion!! 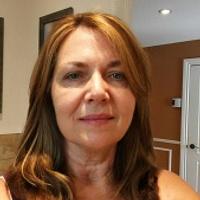 Enza - Sweet-E commented over 6 years ago

Fifi's Cakes commented over 6 years ago

that’s amazing!! I hope you hear soon to put your mind at rest. So much work in the bike and I love your minion! xx 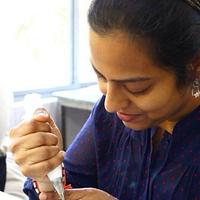 Hima bindu commented over 6 years ago