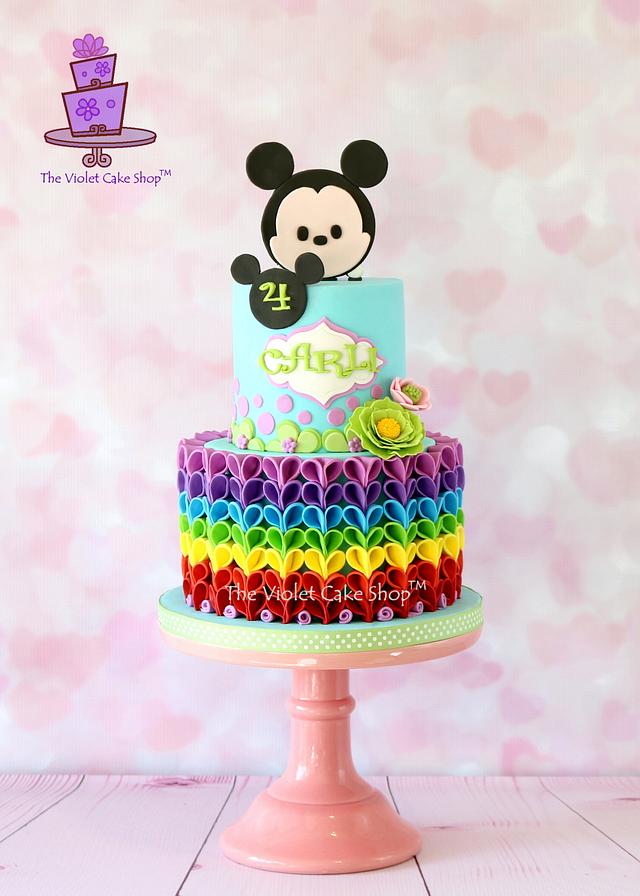 My daughter turned 4 just yesterday (I no longer have a baby boohoo!). I have been so busy the past few weeks that I have not had a chance to upload a few other cakes that I made before hers, but I just had to upload hers first =D

It was kind of hard to come up with an idea for her cake design because she is into SO many things now…music, colours, letters, Legos, all kinds of shows…

So this year, I asked her what she wanted on her cake and she was very specific and clear lol. A blue cake, with a rainbow, a number 4, green flowers and Mickey on top. I know Mickey is still her favourite but I really didn’t want to do another Mickey cake but that’s what she wanted so I agreed.

A few weeks before her birthday, her brother (Mr. 11) saw a Tsum Tsum Mickey plush toy at the Disney store and decided he had to get that for her for her birthday (so sweet of him btw lol). Well, it was love at first sight and she has been so obsessed with him, that I decided to switch out the regular 3D Mickey topper I was going to do, with a 2D Tsum Tsum Mickey!

I was silly though, and as always, left things to the last minute so the 2D topper ended up not dried enough. It would have been ok except I decided to cover my cake with a black bag (to further delay the purples from fading and which actually wasn’t necessary). It didn’t touch the topper at all but I didn’t account for the humidity it would collect which softened the topper further so that the ears actually drooped forward and eventually cracked and fell off =(

Well, lesson learned for next time and luckily it was a personal cake haha. I managed to do a lousy patch job which was not visible from the front so was ok in the end =D 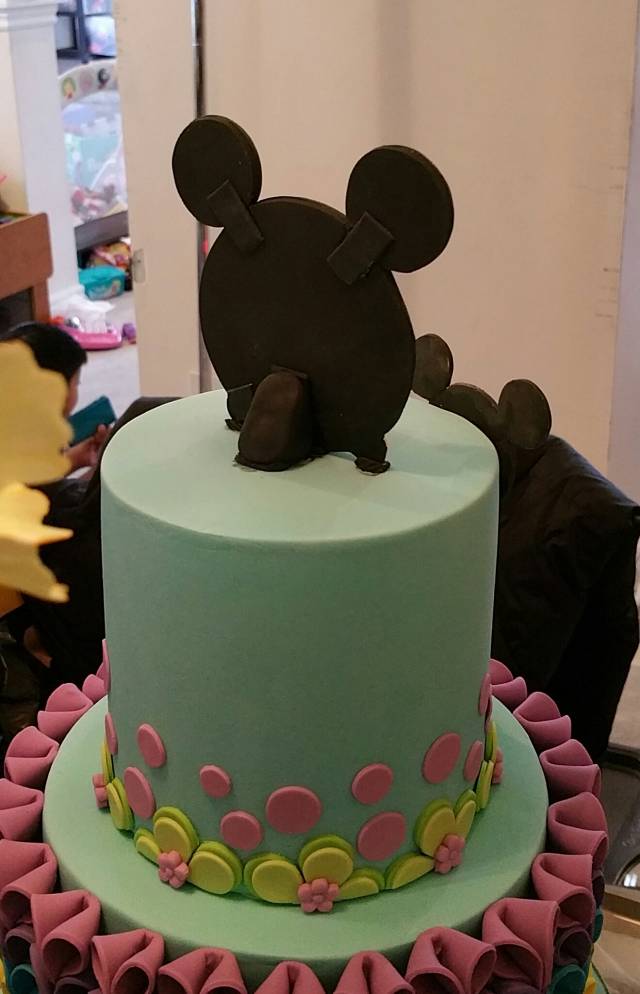 The rainbow ruffles on the bottom were made using my V-Petal Ruffles technique which I used on my Cake Masters Blue Ombre cake and shared on my blog a few months ago. You can find the mini-tutorial here – www.bit.ly/TVCSblogVPetalRuffles. 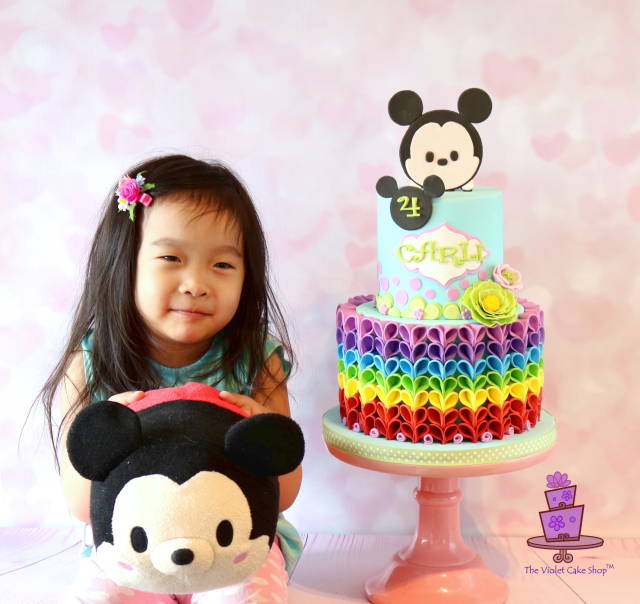 Gorgeous cake and your daughter is precious! 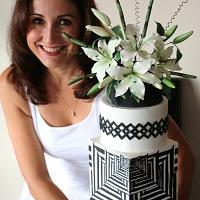 You know I love this cake! So original! Love how you’ve done the rainbow effect using your signature petals!
Happy birthday to Carli!

This is an incredible piece and that rainbow is so original. Congrats

It is gorgeous! You incorporated all of the little girls wishes. and still had it turn out stylish and perfect!

Love it..the ruffles are so bright and cheerful..and Carli looks so sweet and hapoy with her cake!!
Note: If you want your purple not too fade, add a tsp of baking soda kneaded into your fondant..keeps the colour bright.

Love it..the ruffles are so bright and cheerful..and Carli looks so sweet and hapoy with her cake!!
Note: If you want your purple not too fade, add a tsp of baking soda kneaded into your fondant..keeps the colour bright.

Lovely cake! Your daughter has some great ideas and you came upmwith a gorgeous design!

June thanks but I’ve tested that baking soda tip myself and it’s never worked for more than 30 mins of extra staying power. I usually add extra deep pink which is a trick I’ve used for years and that always works for preventing purple from fading to an unsightly blue for at least a day…I was just trying to go one extra step which wasn’t actually really necessary. =)

Thanks everyone for all your lovely comments. I really appreciate them all =D

Violet! Always perfect always colorful always unique and ALWAYS an absolute eyepleasing piece! Respect your honesty and work so much! And your family is just precious! You are one of my favorite cake decorators to follow! :) 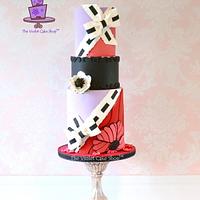 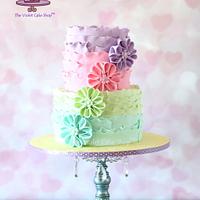 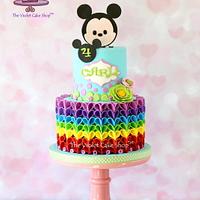 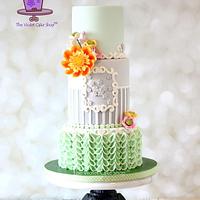 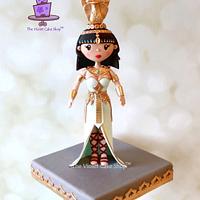