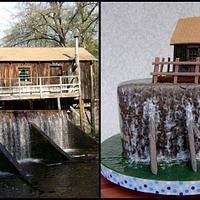 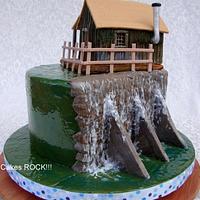 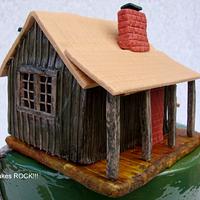 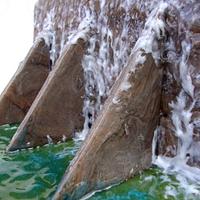 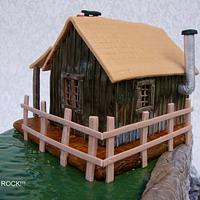 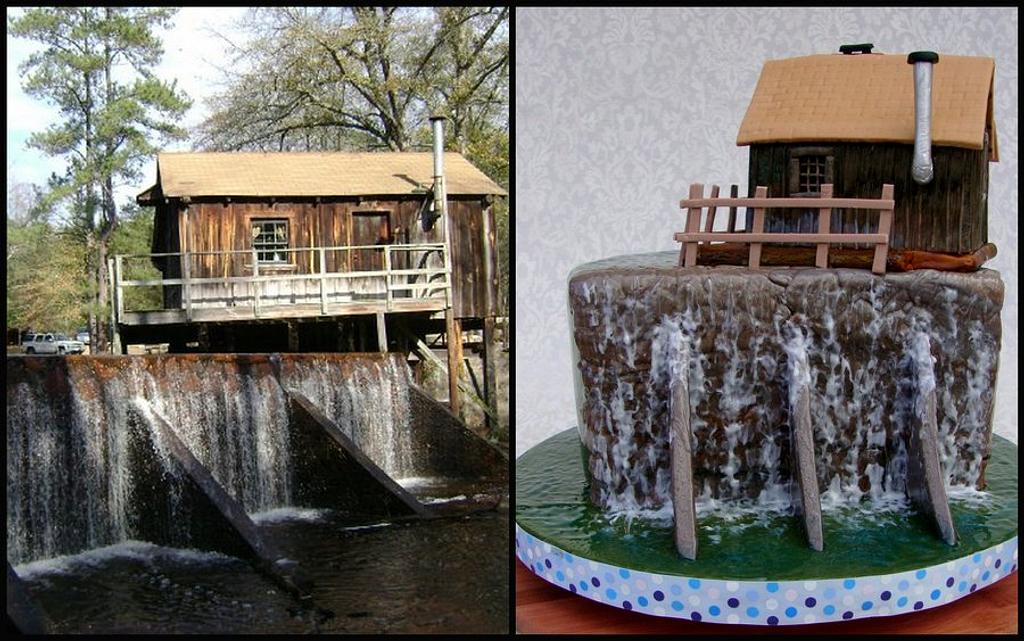 This was quite the unusual request, & I have to admit I was a bit ‘skeered’! She wanted me to replicate her father’s grist mill that he had purchased in a state of disrepair, & restored it to working condition—& they grow & grind their own corn! She wanted something very special for his 80th birthday. It does have a working waterwheel, but on this mill it is underneath the mill instead of on the side.

The first picture is the real mill & the cake mill. My client was shocked—-she said she had no idea how realistic it would look & said I even got the color of the water in the pond right. She was so thrilled she nearly cried, & that’s the best reaction ever!

I fretted & fretted over how I was going to do that waterfall. I finally settled on creating the fondant rocks, painting with a vodka corn syrup mix for shine, & then ‘splatting’ piping gel over it, with white piping gel stippled in. I was fairly pleased with the result, as it maintained the clarity so you can see the rocks like on the real waterfall, but still at least kind of looks like water. 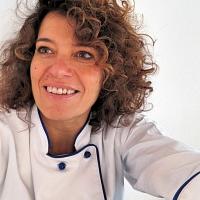 Thank you! I stressed over this one, but was pleased with the end result. I wish I had been able to use a larger cake for the bottom. Not happy with the proportions, but it still got the idea across. 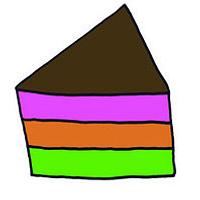 Love this, so much character and the water is excellent 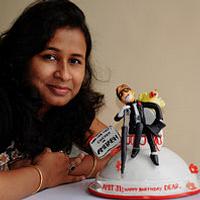 wow this is stupendously good!!! well done to you!! What a challenge indeed!! you nailed this one good and proper!

-- 'It Always Seems Impossible Until It is Done' Nelson Mandela http://www.facebook.com/CakesByFifi 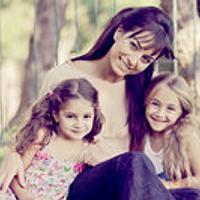 Wow—-thank you all soooo much for the kind comments! I really appreciate you!

Wow, what an amazing cake!

Thank you so much Goreti! 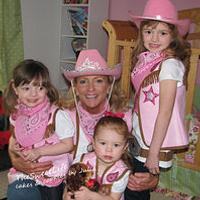 WOW, WOW, WOW this is brilliant work. You nailed it 100%! I would have be stressing too! Perfect recreation! :-) 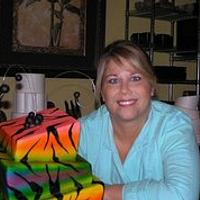 FAN-freaking-tastic!! The water effect is spot on! Love everything about this cake!