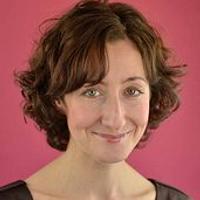 This was my entry for the Baking Industry Awards last September. It was great fun to make! If you are wondering who all the characters are and what it is all about read below, for the cast list!

This celebration cake looks to television as a means through which our memory
of the 1980s is mediated. Using this premise the cake creates a narrative by
depicting the fictional and comedic event of the televised ‘1987 Baking Industry
Awards Celebrity Final.’ This narrative and conceptual foundation of the cake is
based on the literary and artistic device of mise en abyme.

The cake itself reverses the conventional structure of the television theatre by
using the audience as the central decorative element, so drawing on the An
Audience With… series of programmes in which celebrity audience becomes part
of the programme’s spectacle.

In terms of the narrative of the cake, the television set designer has sought to
create a spectacle for those viewing at home by placing the studio audience as a
decoration on a central structure, built to resemble a large celebration cake. The
four finalists stand on the stage below. Television viewers are invited to
telephone in their votes by the large, glittery, geometrical representation of a
‘cutting edge’ mobile telephone that forms the topper for the cake represented in
the studio.

However, in the British tradition of farce the audience, made up of an absurd and
improbable array of 1980s characters, becomes unruly. Heckling, protesting,
spilling drinks, making telephone calls, jostling and to attempting to steal the
finalists’ baked entries upstages the main event, and in both cake and narrative
becomes a primary source of visual impact. Further ‘humour’, (or groans) are
added by the use of puns transposing actual (or simply made up but plausible)
1980s quotes into the context of a baking competition.

A further source of visual impact is provided by the large, glittery, geometrical
representation of a ‘cutting edge’ mobile telephone, that forms the topper for the
cake represented in the studio set. This also forms a structural element within the
actual cake and utilises an architectural form to bear and stabilise the load of the
top tier. In combination with the bottom section of the upper tier it invites
viewers to telephone in and vote for their favourite contestant.

The top tier further develops the theme of television as a means to mediate our
memories of the 1980s. Echoing the four- faced mobile telephone structure
beneath, it appears as a four sided television standing above a VHS recorder.
Each screen shows quotes from a contestant.
Character List

The Contestants
Margaret Thatcher – Having dropped her rather burnt baguette competition
entry she argues with hecklers above, namely Arthur Scargill and Neil Kinnock
Loadsamoney *- Hasn’t bothered to enter anything into the competition due to his
advanced financial solvency.
*Samantha Fox *– Has entered “Biggest Buns” Category, unaware of the
admiration her entries have drawn from the audience above.
*Frank Bruno – In a superb demonstration of his cake making and decorating
skills he has entered a delicate cupcake, made whilst wearing his boxing gloves.

The Audience – Clockwise from above Margaret Thatcher
Bottom Gallery
Boy George – Almost spilling the cup of tea he famously said he preferred to
something else!
Arthur Scargill – Heckling Margaret Thatcher.
Neil Kinnock – Heckling Margaret Thatcher.
Mike ‘the Cool One’ (from the Young Ones) – Reading a newspaper with the pun
headline “Freddie Starr Ate my Cupcake”, a play on the famous Sun headline
from March 13th 1986.
Rick from the Young Ones – jostling to reach Sam Fox’s buns
Vyvian from the Young Ones – jostling to reach Sam Fox’s buns
Prince Andrew – Distracted by Sam’s buns he spills his drink. Dressed as he
appeared in the Royal Its A Knockout tournament screened on 19th June 1987.
Sarah Ferguson, – Duchess of York. Tempted by Frank Bruno’s cupcake.
Dressed as she appeared in the Royal Its A Knockout tournament.
Roland Rat – On the telephone.
Dame Edna Everage – In some ways mirroring Margaret Thatcher, she
compares handbags.
Timmy Mallet – Attempting to bash Margaret Thatcher with his mallet (which he
would later manage to do in 1990).
Upper Gallery – Clockwise from above Neil Kinnock
CND/Greenham Common Peace Campaigner – Holding protest placard stating
‘BREAD NOT BOMBS’.
Yuppie – using 1980s clunk mobile telephone and celebrating making some
money with large bottle of Champagne.
Neil from the Young Ones – excluded from the lower gallery by his friends he
holds placard stating “MAKE CAKES NOT WAR”
Banking Trader – Looking stressed with a handkerchief, probably losing some
money.
Rick Astley – from the video of ‘Never Gonna Give You Up’.
Trevor Macdonut – Newsreader character played by Lenny Henry on the 1980s
programme TISWAS, based on the newsreader Sir Trevor MacDonald , reporting
live on events.
Police Constable
Protesting Miner – Holding Placard stating “COAL NOT ROLLS” alluding to
both a popular 1980s miner’s strike slogan and Margaret Thatcher’s competition
entry. 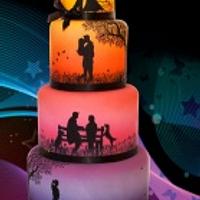 Clairella Cakes commented over 8 years ago

Oh my goodness – this is incredible! 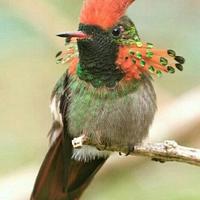 Susana commented over 8 years ago 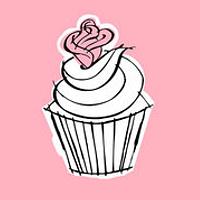 Hannah Wiltshire commented over 8 years ago

I love this! x 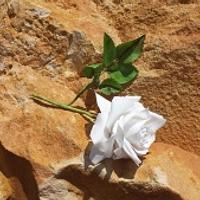 Unusual cakes for you commented over 8 years ago

Elli Warren commented over 8 years ago

This is fantastic!! amazing modelling! love the Dame Edna and Trevor Ncdonut!! :-)

Sandra Monger commented over 8 years ago

The Cake Tin commented over 8 years ago

Sandra this is such a fantastic cake. 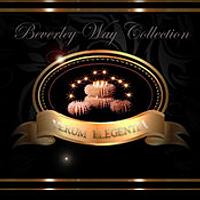 Why does this not have a thousand views!!? It’s amazing. Well done, and the thought that went into it and story – wonderful!