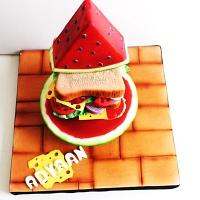 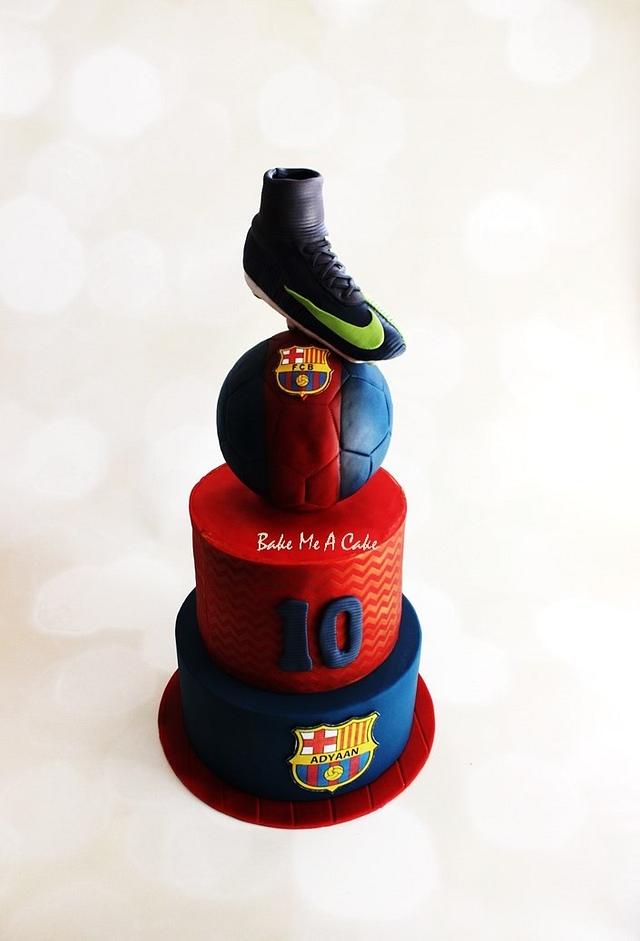 I have made this cake for my son’s 10th Birthday. He is a big fan of FC Barcelona, but the shoe needed to be CR7. Initially i had made a random soccer shoe, showed it to him and asked him ‘What he thought about it? If that it was what he wanted on his cake? ’ and his answer was ummm okay if that’s the best you can do!!! Hmm …that was a swoosh across (no pun intended) my face. So the next day we (my husband,my biggest critic & I – ) sat down for hours and hours to make his CR7 shoe. (Let me tell you we were pretty tight on time, as we had to organise the entire party desserts, games, party decorations and lunch boxes). Finally we made his CR7 and he was delighted with it! phew his CR7 gave us a hard time…:) 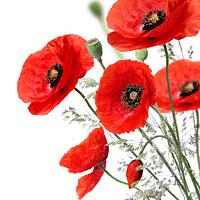 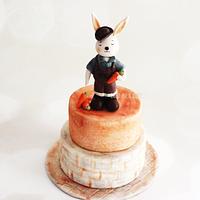 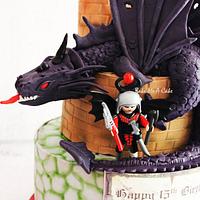 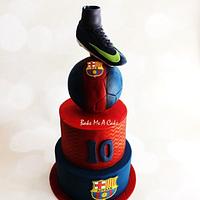 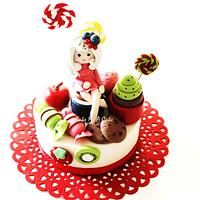