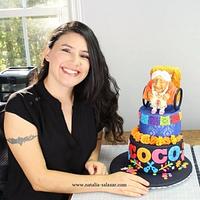 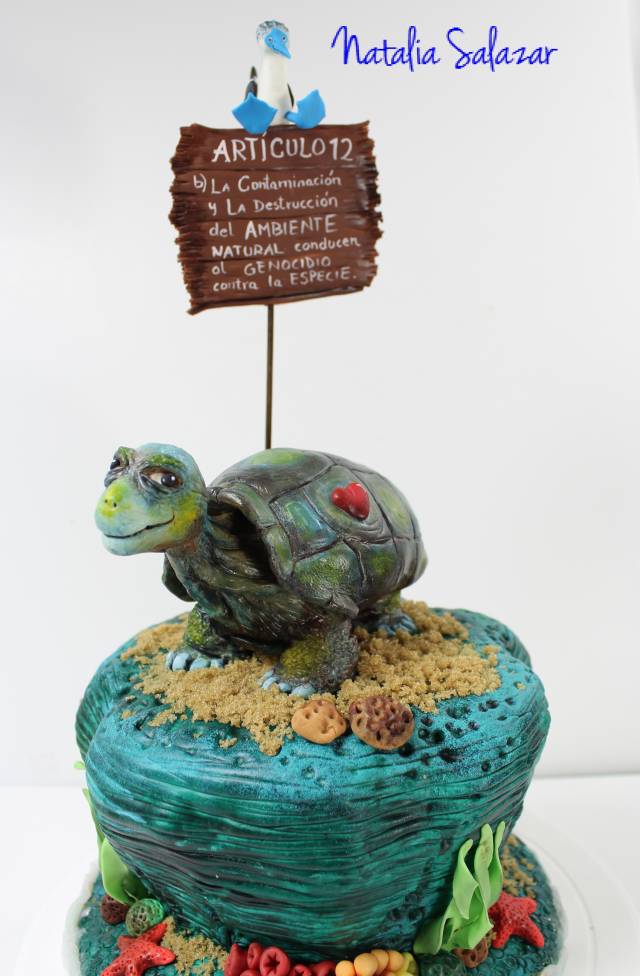 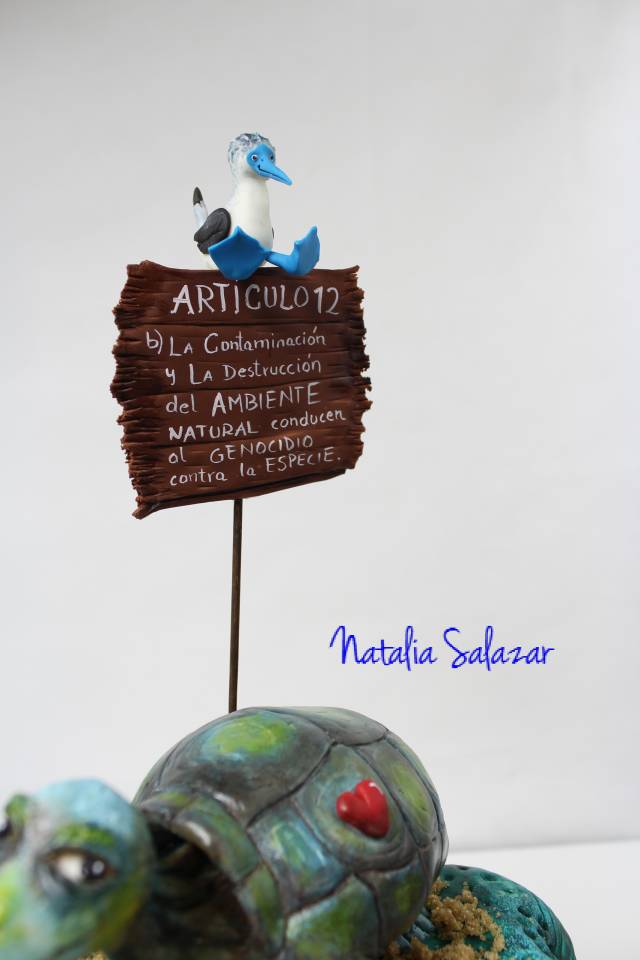 Hello everyone!!
In my work I want to talk about Article 12 of Animal Rights, the literal “b) Pollution and destruction of the natural environment lead to genocide against the species.” This article made me think and reflect on the Galapagos Islands and their animal icon which are the turtles that bear their name. The islands are very important in the world because, there was demonstrated scientifically the evolution of the species.
But unfortunately they were inhabited and that caused their deterioration and current crisis. New species such as dogs, goats and pests such as rats, mice, etc. have been introduced. And this has masterfully affected the virgin fauna and flora that inhabited the islands. 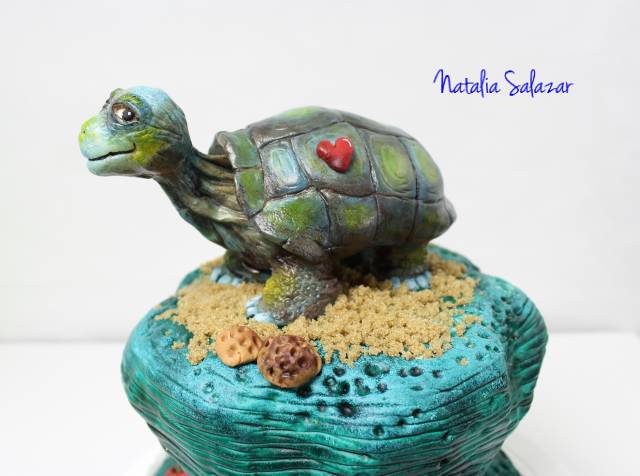 For this reason I chose the last Galapagos giant tortoise from my country Ecuador for my work. His name was the “Solitary George” and lived about 109 to 93 years, died in 2012 and was the last of his kind. Wikipedia: https://en.wikipedia.org/wiki/El_Solitario_George

George was and will be very important for my whole country, because it represents the fight that is carried out not to destroy the natural habitat of the species that are still in the islands, as well as it represents article 12 of which I wanted to speak.
The materials used for the project are: 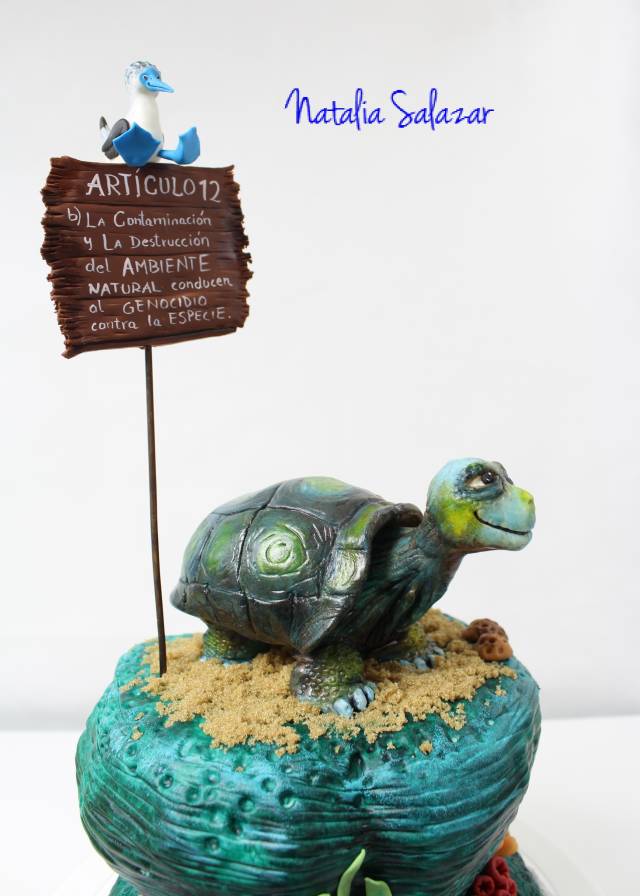 This is a wonderful piece, Natalia! Love it!

Such a sweet and poignant message https://uk.pinterest.com/CalliciousC/animals-cakes-and-bakes/