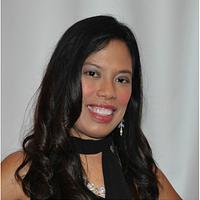 How to make a Mini "Taco" Cake

TACO SHELLS – What to use to make the shells? I’ve seen two versions – one using a Cookie Dough and another using melted choco-melts. They are great but not what I had in mind. I’d like it to look like a real hard taco shells. I also wanted to prepare the shells ahead of time.

So I decided to use fondant with a little bit of tylose powder. I rolled the fondant with tylose into thin sheets. Not too thin about 1/4" or 0.5 mm thick. Using a 6" round cake pan as your guide cut out 12 discs out of sugarpaste.

In order to get the look of a real taco shells, I colored the white sugar with brown color gel and sprinkled a little on each disc. Press the sprinkled sugar on the fondant to stick.

You are probably thinking, why did I not use brown sugar instead? I find the brown sugar not the right color of what I’m looking for. I also thought of using sanding sugar but I find it is not as fine as granulated sugar and black is too dark.

I baked a 9 X 13 inch chocolate cake 2 days before the cake is needed. I also prepared a bowl of chocolate ganache enough to cover 12 mini cakes.

I assembled the “Tacos” the night before the cake delivery. I cut twelve mini cakes in the shape of a “Taco Shell”, maybe a little smaller that the shell actually. Frost each cake with chocolate ganache. and put the frosted mini-cakes in the fridge until the frosting hardens a bit.

In the meantime, prepare the “GROUND MEAT” part of the Taco:

Prepare the “TOMATOES, GREEN PEPPER, SOUR CREME, CHEESE”. For the TOMATOES, cut the Twizzlers Tidbits. Use Fruit Loop for the green pepper and to mimic the sour cream use Buttercream icing .

For the “GRATED CHEESE”: Color your fondant (with tylose) golden yellow or GOLD food gel, let it sit for a little to harden a bit. Get your cheese grater (use the part as shown in the pic) and grate the fondant.

Here’s how it looks when one side of the TACO shell was peeled open. 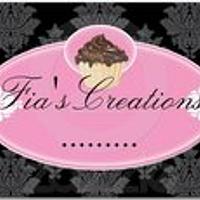 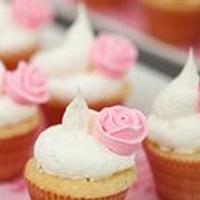 Beautiful! I love how amazing this looks. Thank you for sharing your tutorial.

Thanks for sharing, this is great! :D