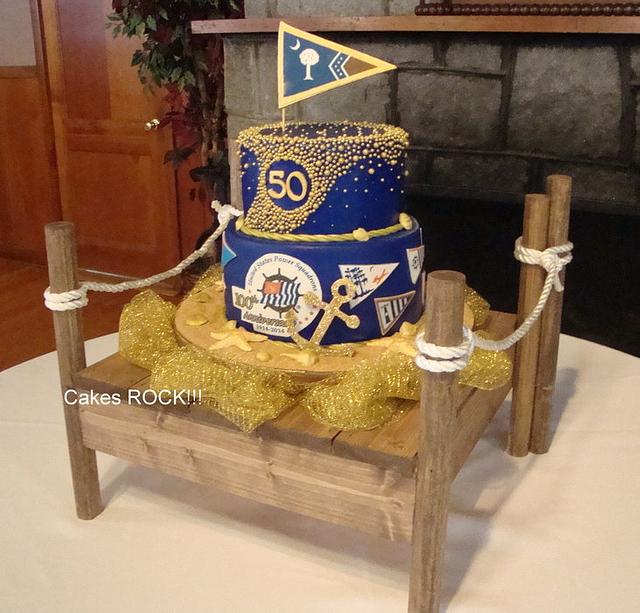 The top tier is the 50th anniversary commemoration, with the LMPS burgee proudly displaying its new gold border signifying a squadron over 50 years old atop the cake, & the cake itself representing a clear night sky where one could navigate a vessel by the stars—all in gold for the golden anniversary. It is an Australian Chocolate Mud cake with Salted Caramel Buttercream filling & milk chocolate ganache. The bottom tier has the seal of the USPS 100th anniversary, plus the 12 burgees of the other District 26 squadrons. It is a butter cake with buttercream filling & white chocolate ganache. All decor is edible.

The wonderful ‘dock’ cake stand was made by a very talented woodworker we have in our squadron, who made it for me on VERY short notice! Isn’t it awesome?

My husband & I have been LMPS members for years now, & he’s even a licensed captain! We LOVE our boating & our Squadron! So this one truly came from the heart! 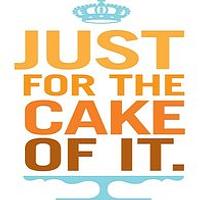 That is awesome! Great job! 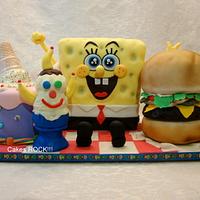 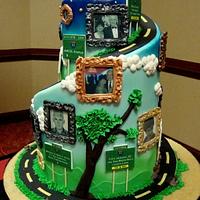 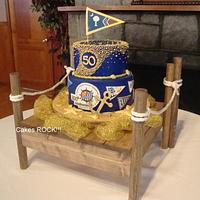 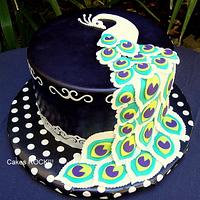