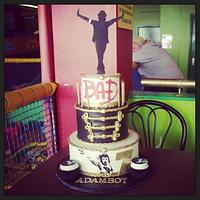 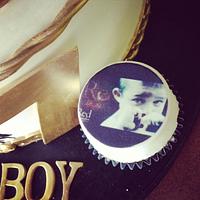 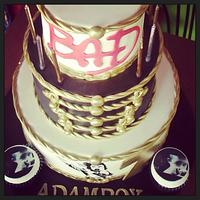 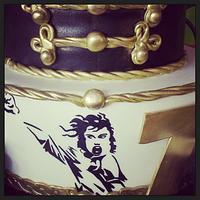 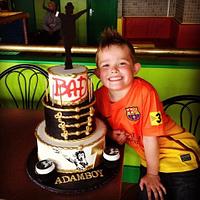 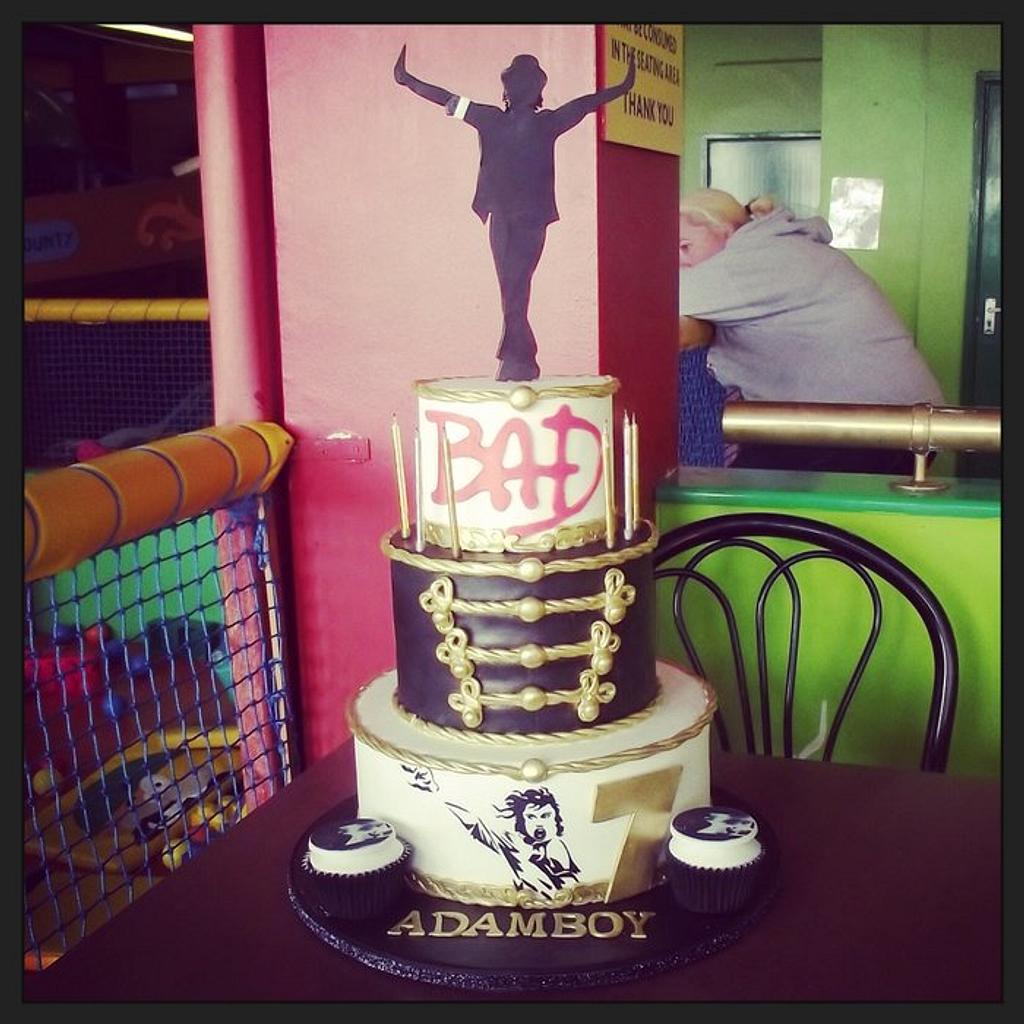 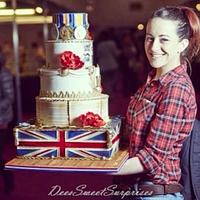 This was made for my very own little superhero’s 7th birthday party yesterday. My son is my hero for many reasons, he amazes me and makes me laugh everyday and will one day be a superhero!! He loves Michael Jackson so I wanted to make a special cake for him to represent this. The little cupcakes had pictures of my son on that were taken by a MMA photographer at a photo shoot he was involved in, he is a blue belt in K1 and trains 5 days a week so this is a big part of his life and one of the reasons he is my hero. x
The picture on the bottom tier was handpainted, the middle tier was to represent one of Michael’s jackets and also inspired by one of the amazing Mayen Orido’s cakes and the Bad sign on the top tier and the silhouette was cut out from gumpaste, I did want to airbrush the Bad sign but I have no airbrush so this could’ve been a slight problem, lol.

Great job! Look at the smile on your son’s face!

Awesome job you did Micheal proud.