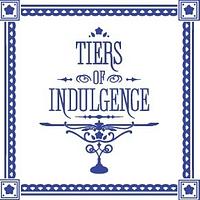 This cake was entered into the Foodie Show Dorset and was our first competition. It was an Alice themed fruit cake and had several of the key details from Alice in Wonderland. All the cakes in the competition were auctioned off for charity. The judge of the competition was Michelin Starred Chef- Jean-Christophe Novelli and we were awarded 2nd place!

Michal Bulla commented over 8 years ago

Goreti commented over 8 years ago