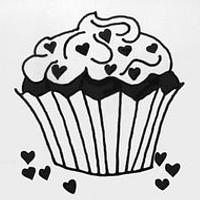 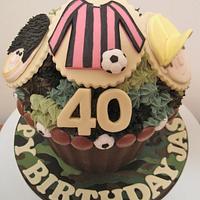 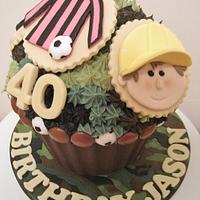 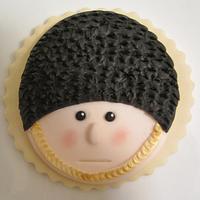 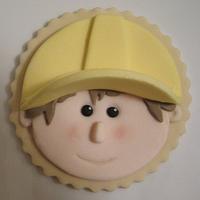 This cake was ordered to celebrate a 40th Birthday. It’s a vanilla giant cupcake with vanilla buttercream. Jason’s wife wanted to depict Jason’s careers and interests on the cake. He used to be in the army as a guardsman. Now he’s a builder. He also coaches a girl’s football team. The sugarpaste camouflage board and the three plaques are handcut.