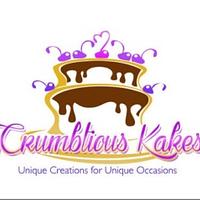 I was asked by a fellow autism mum to make a punk themed No.21 birthday cake for her son’s birthday.

I was given the brief of black with silver chains and studs and if possible a bit of red tartan. Other than that I had artistic license.

Well I decided that the addition of zips would work a treat along with texturing the main cakes with a leather effect.

The cake is a vanilla sponge with a swiss meringue buttercream and raspberry jam filling; crumb coated with white chocolate ganache and covered with Renshaw Black fondant.

The zips and chains were made using Renshaws modelling paste mixed with fondant and the studs were formed using isomalt. Both were painted with a mix of silver lustre dust and Magic Colours silver airbrush colour. I used edible icing sheets to create the tartan patterns.

Sandra Smiley commented about 3 years ago

Raquel García commented about 3 years ago

sCrumbtious Kakes commented about 3 years ago