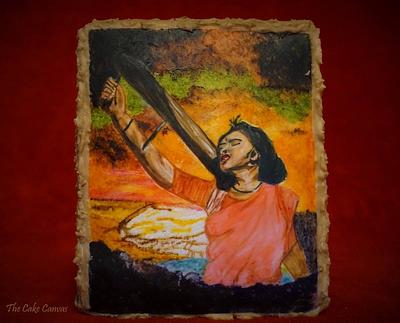 My contribution to the lovely Cakeflix Collaboration 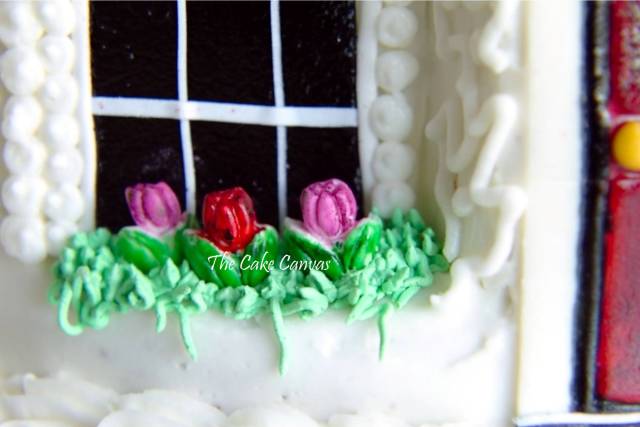 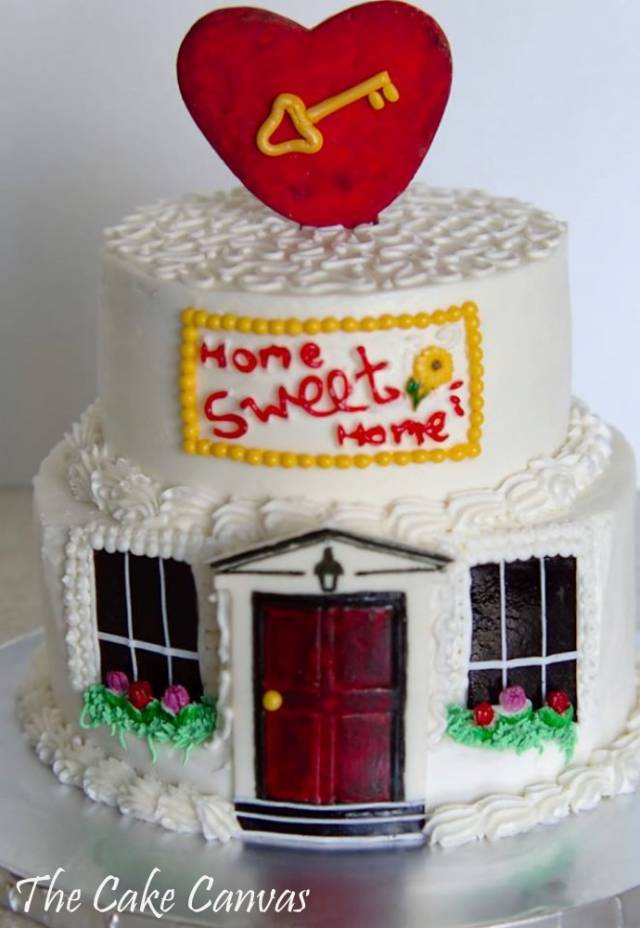 My first post on this forum. Excited to share my work on this amazing platform:)
#housewarming #eggless 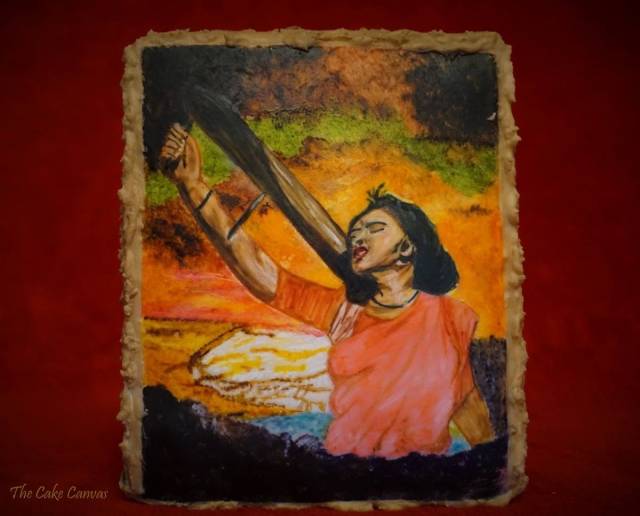 She is Radha from the Hindi language epic drama film “Mother India” released in 1957. The plot of the story represents the poverty and hardship of the people at that time, problems of the nation which had only been independent for 10 years and rural exploitation of farmers by money lenders. This film highlights the hardships faced by Radha to raise her sons in an agricultural setting. Amidst all odds, she represents a woman of high moral value and the mother of the society through self-sacrifice!

My Work – I have made a humble attempt to create the background of my piece in “Impressionist style of Art” (https://en.wikipedia.org/wiki/Impressionism).

The brush strokes of the background represent the unfairness prevalent during the era but Radha in her truly virtuous manner is doing her fair Karma!

This is my first attempt at such a detailed visual art. I have used gingerbread cookie which in my opinion matches the strength of my piece. Everything with edible material. I hope you like it!
#cakeflix #collaboration #cookiepainting