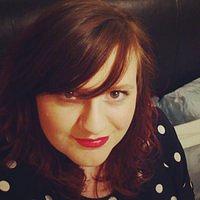 These are the colours I used for the dragon mixed with some vanilla essence!!

I modelled the head out of renshaws modelling paste. I rolled the fondant into a ball then squashed it to get into a pear drop shape then got two small balls, rolled them into little sausages and glued them as eye lids. I then used my ball tool (smallest end) to make eye sockets where the eyes go. I rolled two small balls of yellow fondant and glued them into the sockets then used my edible black pen to draw slits in the eyes. I also drew mouth with the black pen! I uses my veining tool and indented two small holes for the nose and used the black pen to fill them in. I also used the veining tool to add light indents all over the head to make it look scaly. I cut triangles out and added them with edible glue! Let them dry then painted the full head.

I used floral wire and twisted it together to make the internal structure of the dragon!

I then covered it in melted chocolate to make it extra sturdy! (would probably skip this part next time don’t think I needed it) :P

I cut out small triangles and glued them from the top of the dragon to the end of the tail. I left them to dry and I mixed metallic gold, dark brown, yellow & a touch of black together and painted the full body & wings! Then I highlighted the wings using red and touch of black mixed together!

Back view of the dragon

Thanks for looking :P x
http://www.facebook.com/IsisCakes1

Michal Bulla commented about 9 years ago

Sue commented about 9 years ago

Aw thank you! I appreciate your comments :-D x