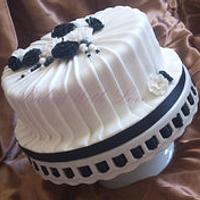 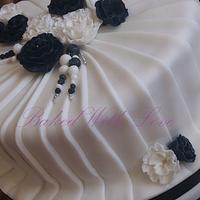 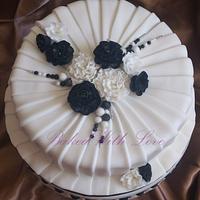 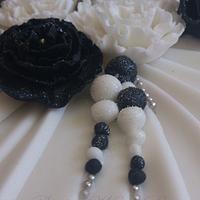 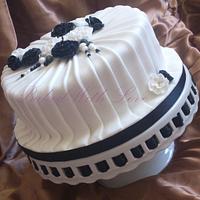 I saw a tutorial by The Royal Bakery and decided that I just had to try to do pleats on a cake, so I read (and re read) the tutorial and came up with my own design for some ruffle roses and pearls on the top. Originally it was going to be blue and white, but I decided to make it more of a contrast and used black. All the pearls and roses are hand made and I finished them with edible glitter (by Doric, made from rice and colours) and finished the top decoration with some very tiny dragees.

The inside is a light lemon sponge, lemon swiss meringue buttercream and lemon curd filling. The feedback I received mentioned that the icing would have been better if it was flavoured too, so might look in to flavouring the fondant next time as there does end up being quite a thick layer on the cake.

Michal Bulla commented about 10 years ago 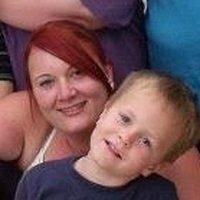 zoe commented about 10 years ago

bakedwithloveonline commented about 10 years ago