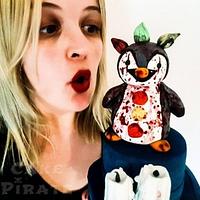 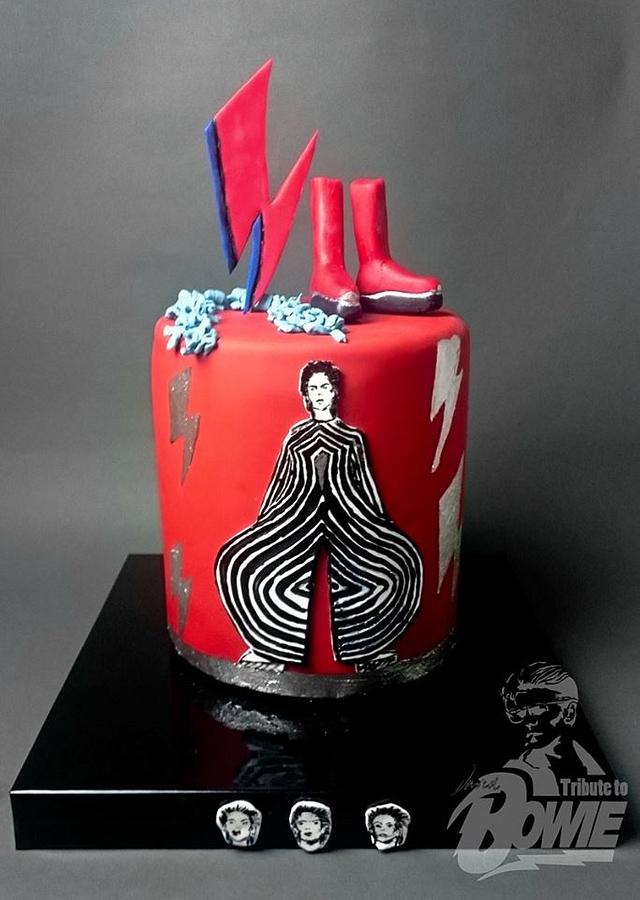 In honor od David Bowie 19 cakeartists from allover Germany, Austria and Suisse created a Tribute to the wonderful and exceptional Artist David Bowie.

For me it was the first collaboration ever. Being a Tribute to David Bowie made it mean even more to me because if I was a rock star, it would be something between Ziggy Stardust, Iggy Pop and Lemmy Kilmister. David Bowie did not only write some of my favorite songs, but influenced me personally a lot with his art. It was Ziggy Stardust, or his alter ego Brian Slade and Curt Wild in “The Velvet Goldmine”, I owe my first contact with Glamrock and the Duo David Bowie and Iggy Pop, who became a part of my life and art forever. Also their music and their look will always be associcated with my friends and the wonderful times we had together. David Bowie is Rock’n Roll and together with Lou Reed, Johnny Ramone, Patti Smith, Lemmy Kilmister, Eric Burdon and Iggy Pop he is part of the soundtrack of my life. 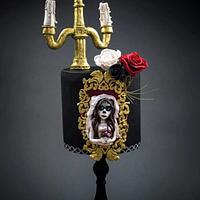 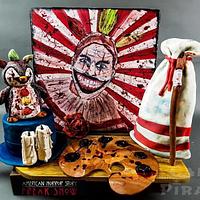 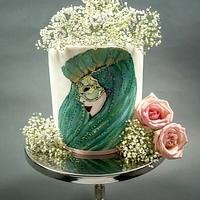 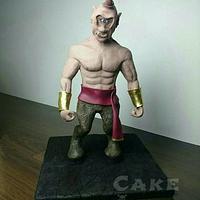 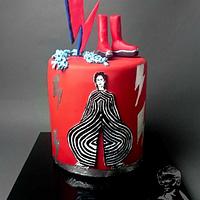