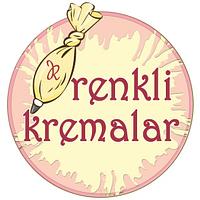 Give Peace A Change Collaboration

Give Peace A Change Collaboration

30 Turkish sugar artists come together to give a message of peace my making sugar creations organised by GSARN.
And this is my contrubution Flower Guns

Hippies who were also widely known as “flower children” deeply influenced the world in the 60’s and 70’s under the light of studies of Pyschoanalyst Eric Fromm, it has been accepted as the most cohisive movement in the world history. Antiwar; libertian and apolitic, hippies considered the world belonged to all living beings humans, animals and plants. Their most important slogans were “love, freedom and peace” and “make love not war” They place cornations into see barrels of riples held by soldiers who were surrounded the demonstraters in Woodstock Festival in 1969. Flower Children not only made themselves heard doing so but also give the world the message of peace. Today, the battles still continue to exist but I strongly believe that oneday there will be only flowers in the barrels and will stay there forever.

That’s how I designed my project; The gun wanted to be buried in the wall, the hand holding it and baroque work have been done using royal icing bas relief technique. The floor looking like a wall has been created using royal icing piping art. I created the flower put in the borred and the hand holding it using sugar paste modelling technique. I made ginger bread cookie for practice grand.