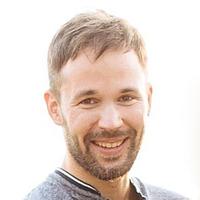 I have a Canadian cake friend, Susan Trianos, who has done a couple of cake challenge shows. But for the Food Network. Enjoyed the experience, but wouldn’t do it again. I don’t think I could do it. I don’t work well under pressure!!!

I was told that there last one was for Food Network and it ended up being Discovery Family. No one even knew about it. I’m glad if that because there producers gave us totally different instructions than the competitors that we were against. They won even though all of our cake was edible and they used candy and plastic pieces. You have to wonder how planned the outcome is in advance.

Well, that’s why my decorator friend decided not to do another one. Apparently now, since she competed, you have to sign a waiver agreeing to all kinds of ridiculous stuff. Something like, ruining your cake…dropping and acting like it was a accident. Not saying that specifically, just an example. All for the cameras. My son in law was involved in reality tv. You wouldn’t believe some of the fake scenarios!!

Oh, I would definitely believe you. It is a lot of work for sure. I am still upset about the outcome of the competition.